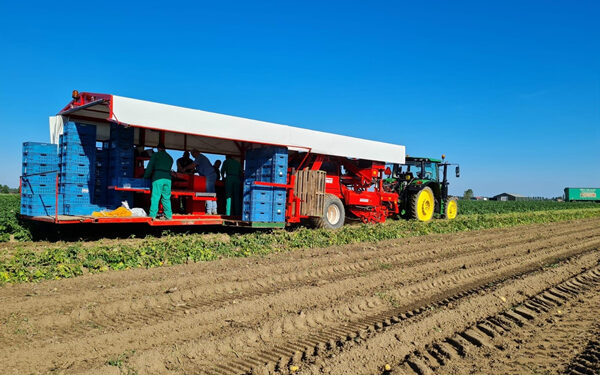 Polder Potato is starting with the Frieslanders variety of the special Thool clay and will also have the first Doré available next week. “The start is not much earlier or later than last year and we certainly expect to find a good connection with these early potatoes under plastic. Whether that is also the case with the potatoes from the cold soil, we have to wait and see,” concludes Anton.

The first auction of Alvantho potatoes in corona time yielded top prices of one euro per kilo. The first Dorés from Tholen in Zeeland in 2021 clocked in at 95 cents per kilo.

A day earlier than last year, the first auction of the earliest Alvantho potatoes grown under plastic with the recognized quality mark Zeker Zeeuws Streekproduct took place this morning in Sint-Annaland (ZL). In early spring it looked as if the first auction this year could take place at the end of May, just like some previous editions in the last decade. But the cold spring slowed growth sharply and cultivation under plastic showed its added value this year, said auction director David Hage.

Among the prices of the Premiere, Nicola, Colomba and Alegria potato varieties, the price of Frieslanders gradually increasing during the auction, to a maximum of 83 cents per kilo, stood out. Triplets turned out to be worth the least: 35 to 40 cents per kilo. The total supply during the first auction this year consisted of 48 tons.

Due to the delayed growth due to the cold spring, the supply will not be great in the coming weeks, although the summer weather has done well for the potatoes that are not grown under plastic in recent days. There is optimism about price developments, as the corona crisis is weakening and the catering industry is picking up speed again.

Traditionally, the first box of potatoes was auctioned for a good cause. This year it was the Epilepsy Fund. This first box, purchased and grown Planet-Proof on behalf of supermarket chain Jumbo, yielded 1,750 euros. The amount has been increased by various parties, including the Alvantho organization. 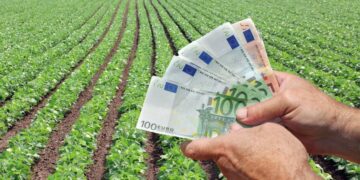 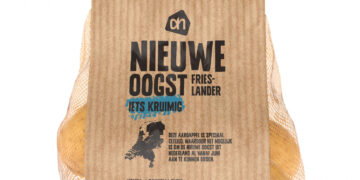 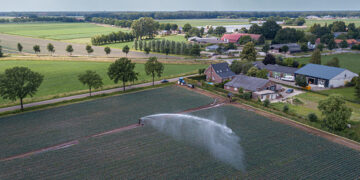 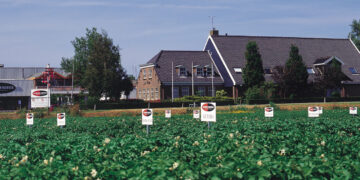