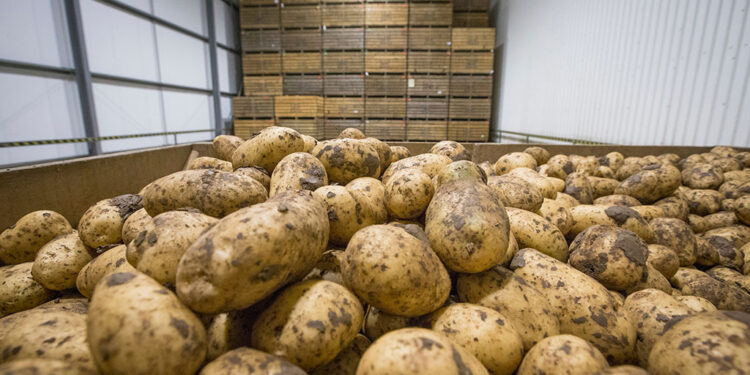 This season we are receiving a lot of reports of high levels of softening, dehydration and compression damage from potato store managers.

The problem could be associated with a number of factors:

The likelihood is that what is being seen is a combination of all of these but it is notable since the loss of CIPC and the need to switch to other products, the use of fans within stores has increased. A notable difference is the closure period after application of mint oil treatments.

The label calls for closure of the store for at least 48 hours. In some cases, this has been as high as 5 days (120 hours).

Is increased fan use in potato stores affecting weight loss?

Normally an ambient processing store might typically run fans for cooling for perhaps an average of 4 hours per day, this is equivalent to 120 hours per month. However, if fans are left on continually during the closure periods for, say, 72 hours, this will increase fan use from 120 to 180 hours – a 50% increase in fan running time. This suggests a more detailed analysis of fan use following sprout suppressant application may be required, primarily to focus on quicker and more efficient deposition of product.

Moisture loss from potatoes in stores is broadly proportional to fan running time so this suggests that weight loss – and associated risks such as softening or compression damage – could rise by as much as 50%. Typically a storage period of 6 months at 8°C might result in a weight loss of, say 6% so this could rise to as much as 8 or 9%. Compression damage is caused by softening of crop in a pile of potatoes (or within a box) and results from the physical load of the crop on the tubers beneath. It is characterised by flattened surfaces on the tuber and the appearance of a bruise below the affected tissue 24-48 hours after the potatoes are unloaded.

We will be discussing some of these factors in more detail at the forthcoming AHDB Storage Webinar 'So far, so good without CIPC?’ on Thursday 20 May at 3.30pm. 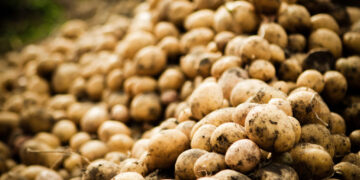 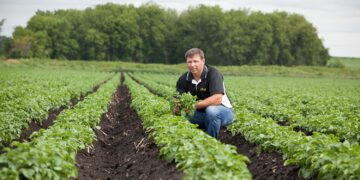 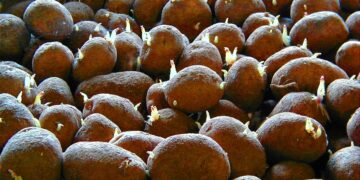 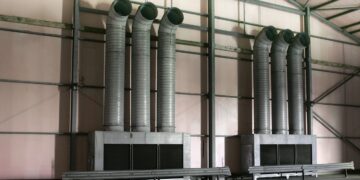 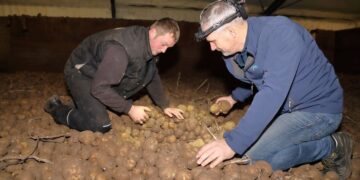